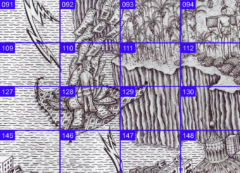 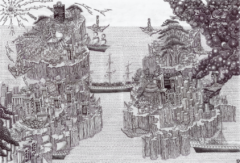 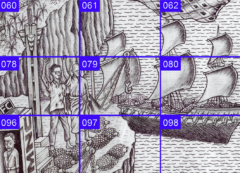 “The process, with its dreamlike logic, has transformed life in Lusanga.”

Balot NFTs On Sale from June 14

CATPC mobilizes the magic of the NFT to reclaim the powers of a long-lost sculpture and buy back land. The Balot NFT reclaims the powers of a sculpture held by a major US museum to reintroduce sustainability and cultural life on a plantation in Congo. This radical new model turns the NFT into a tool for decolonization.

After minting the first NFT last February, CATPC now enters the next stage of digital restitution. On June 14 at Art Basel, the first batch in a collection of 306 individual Balot NFTs will go on the market. Each purchase unleashes the powers of the sculpture and makes it work for the community: NFT sales will directly buy back land, replant the forest and reintroduce biodiversity in one of most impoverished areas of the world, resulting in offsetting carbon emissions and providing autonomy and food security for plantation workers.

CATPC members Matthieu Kasiama and Ced’art Tamasala will give presentations about the Balot NFT at Art Basel and Bundeskunsthalle this June, please visit our lectures page to learn more.

Find out more about the NFTs and how to buy them at balot.org. Ghanaian artist Ibrahim Mahama has long striven to bring together seemingly distinct value chains, from commodity extraction from the continent, to value creation within the art world. In Lusanga he will use his signature jute cocoa bags to cover the White Cube as well as a number of palm trees. This will be Mahama’s first institutional solo show in Central Africa. On February 25, CATPC launches a long-term educational program for the decolonization of the plantation. The program will be co-initiated by Selom Kudjie (director of Savannah Centre for Contemporary Art, Tamale, Ghana) and artist Ibrahim Mahama. It is based on deep thought: muzindu and composition: kukungika, for children and adults.

The minting of the Balot NFT took place online, at White Cube Lusanga, and at KOW Berlin, on February 11, 17:00 CET, 2022. You can watch a video of the presentation here.

For decades – if not centuries – people on plantations in Congo and elsewhere have been deprived of their culture and forced into unpaid labor, supporting wealth and art in the global north. In one of the first global instances of digital restitution, The Congolese Plantation Workers Art League (CATPC) claims their heritage using the powers of NFTs (Non-Fungible Token). The Balot NFT, minted on February 11th 2022, will put digital ownership of culture back into the hands of the many and helps buy back land once stolen and exhausted, reintroducing sustainable ways of governance, land use, and community-building. In a radical new model of restitution, blockchain-based NFT technology becomes a tool for decolonization. The Balot sculpture was carved in 1931, during a Pende uprising against rape and other atrocities carried out by the Unilever plantation system and Belgian colonial agents. The sculpture depicts the angry spirit of beheaded Belgian officer Maximilien Balot, and was carved to control Balot’s spirit and make him work for the Pende people. Today, the sculpture is held in the Virginia Museum of Fine Arts (VMFA) in Richmond. Loan requests by CATPC have thus far been futile.

With the Balot NFT, the Congolese Plantation Workers Art League uses blockchain technology to claim back what is theirs: not just art, but land. The sculpture will later be atomized in a limited number of original NFTs for sale. Buyers get a digital rendering of the sculpture, based on photographic reproduction from the VMFA’s website. Every purchase helps to ultimately unleash the powers of the sculpture and make it work for the community: sales directly buy back land, replant the forest and reintroduce biodiversity, resulting in offsetting carbon emissions and providing autonomy and food security for plantation workers in one of most impoverished areas of the world.

About the NFT
On February 11th, CATPC publicly called back the powers of the Balot sculpture by minting it as NFT. Later this year, a collection of 300 individual Balot NFTs will go on the market. The funds will be used to buy back land. Meanwhile, each Balot will live on the blockchain while royalties from resales will go into replanting forests, reintroducing biodiversity, offsetting carbon emissions and providing local food security.

What’s at stake
Despite loaning the statue to institutions such as the Rietberg Museum in Zurich, Switzerland for an exhibition titled Congo Fiction, the VMFA has as of yet not answered favourably to the loan requests made by CATPC to exhibit it in the White Cube, the museum that CATPC has built on the Unilever plantation.

CATPC intends to use the window of opportunity that is offered by NFT digital ownership to claim lost art and restitute its functions: by using NFTs the powers of these objects can be reclaimed, even if the physical art is held by unwilling museums. However, this window is limited: museums in the global north are already minting digital copies of key works in their collection and selling them as NFTs, creating a new profitable existence of these age-old artworks, while keeping the originals in their collections. Impoverishment on the plantations is rampant: it is now essential that local communities make use of this technology and control the powers of their lost art, rather than the institutions that were built on the exploitation of their labour and culture.

The minting is part of the exhibition BALOT at KOW, where in addition to the NFT, the video installation Plantations and Museums will also be exhibited.

Plantations and Museums
Six short videos Plantations and Museums have been made to explain the background of the Balot NFT. In this documentary series, CATPC members Matthieu Kasiama and Cedart Tamasala travel to the battleground of the Pende rebellion and to the museum that holds the sculpture in the United States. They interview key experts on the Balot sculpture and postcolonial discourse, such as Ariella Aïsha Azoulay (Brown University) and Simon Gikandi (Princeton University).

You can find the video series here.