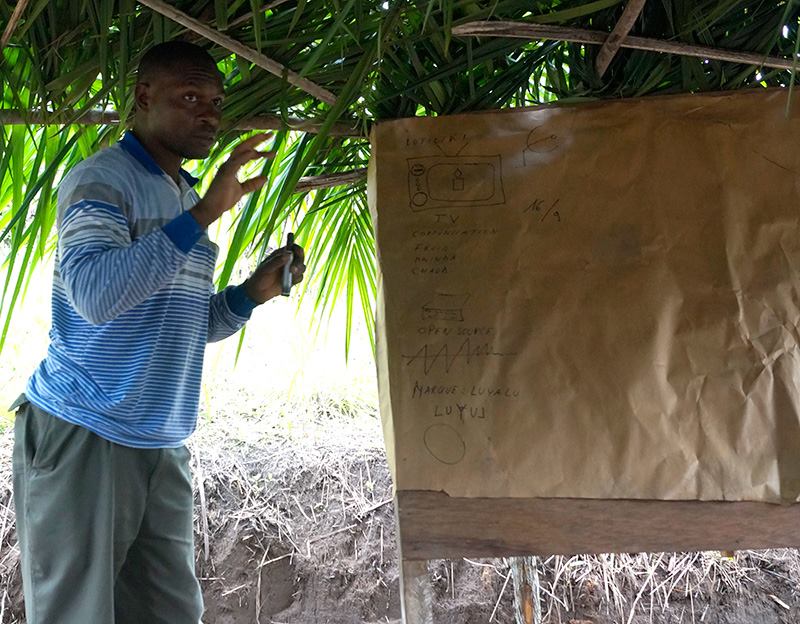 The CATPC and IHA welcome Jean Katambayi as artist in residence in the framework of the symposium The Matter of Critique.

Jean Katambayi Mukendi was born on June 24, 1974 in Lubumbashi, Democratic Republic of Congo, where he lives and works. His work, marked by his fascination for technology, mechanics, geometry and electricity especially, has been exhibited widely in his country since the 90s.

In his work, Electricity is seen as a central axis - a philosophical, technical and political metaphor - illustrating the challenges facing Africa in general. In Africa, unlike in developed countries, this close relationship with electricity is far more direct and at the same time very precarious.

Jean Katambayi reflects on society's problems through this perspective, reminding us of the fact that almost everybody regularly manipulates devices, not without danger, to gain light, heat, TV, etc.